By Craig Andresen – The National Patriot 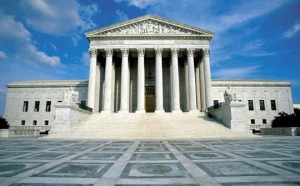 It’s not that you haven’t been paying attention lately and yes, you can be excused for missing the ruling as it came down, not in the last few days but back in 1875.

This is the argument currently being made by the Liberty Legal Foundation.

The Liberty Legal Foundation has filed not 1 but 2 lawsuits, one in Arizona and the other in Tennessee neither of which have one single thing to do with Obama’s birth certificate OR challenging whether or not Obama was born in the United States.

There is no need for either in regard to these lawsuits.

At the core of this action is a simple request that Federal courts uphold the Supreme Court ruling. Both lawsuits, and the Liberty Legal Foundation promises there will be more, would render it impossible for the Democratic National Committee to place Obama’s name on the 2012 ballot.

Here’s the crux of it.

I am not an "African-American'. I am a proud American, who happens to be of African descent. I am Christian. My personal relationship with Jesus Christ and the Word of God shapes my concepts of what it means to be a conservative. I am Pro Life. Devoted to the principles of free enterprise, limited government,and individual responsibility. I believe in the sanctity of marriage between a man and woman.
View all posts by sswimp →
This entry was posted in Election News and tagged Craig Andresen, elgibility, minor v. happersett, natural born, Obama, supreme court. Bookmark the permalink.

1 Response to U.S. Supreme Court Has Ruled on Obama’s Eligibility!!